Back in the Saddle

Back in the Saddle

Roll Tide!  Or roll a canoe like Zach on the race course last weekend!  I can’t resist the bad boating puns but more on that later…

March blew down the door  at camp; even though fresh snow currently adorns the Pisgah Ridge we have spring on our minds and are busy.  Danny is readying the buildings and grounds for opening in May, Zoob is finalizing staffing, and Hank is running two businesses while training for his upcoming Assault on the Carolinas bike race.  Don doesn’t stand still enough to be seen by human eyes and Woody will be a father any minute now.  Did I say we’re busy?

Zach and I are exhausted but full of fire from our performance at the Mulberry Fork Canoe and Kayak Races in Garden City, AL.  This time we were joined by Scott Lewis (our friend and camp’s equine veterinarian), Blaire,  as well as Nicholas and Chloe Nichols.  While we made a dead ringer for the Clampett family, four people, two dogs, and five boats on the road is my kind of a good time.

Times were good on the course, too: Zach and I swept up the 1/2 positions in OC1 Cruising and both of us finished top five in K1 Cruising.  Zach won OC1 Championship, and his best man Lucien Scott utterly dominated both the Championship and Cruising K1 classes.  *If the jargon is too much, just remember that the letter/number combo denotes your boat type (canoe or kayak, solo or tandem) and Championship/Cruising differentiates composite and plastic boats, respectively.   Current camper Miller Kadarabek came out for the Championship classes on Saturday and made another great showing on a course much more difficult than the Locust Fork!

But the official results are just a small piece of the slalom racing experience and can’t compare to the other dividends paid by the Alabama Cup.  I attend for the community of amazing people who gather to share in a mutual passion.  I revel in the pursuit of perfection, of clean runs and sharper turns.  I swap stories, talk trash, and admire the harlequin gallery of boats in all shapes and sizes.  Hooting, hollering I watch countless runs by other paddlers.  The masters reveal eons of experience in their strokes; the juniors unlimited potential in theirs.   For a dork like me, life can’t get much better.

Which brings me back to Camp in a circuitous fashion.  Every year, more than 70 staff and 450 campers spend some portion of their summer at High Rocks.  Like the slalom races, folks come from far and wide with shared purpose.  We come together to learn and grow, to connect with the outdoors, each other, and even ourselves.  This purpose isn’t just lived out in paddling or in any single activity.  All moments at Camp, from card games to cabin overnights, grace us the opportunity to fulfill our mission.  And since I’m still the bow-left to Rob Pingry’s stern-right 15 years after our first laps around the Endurance Course, I say we’re succeeding.

That’s all for now!  Wish smooth lines for Miller K at the Glacier Breaker slalom races on the Nantahala this weekend, and wish well Woody, Ren, and their impending joyful bundle.  Party on, Wayne! 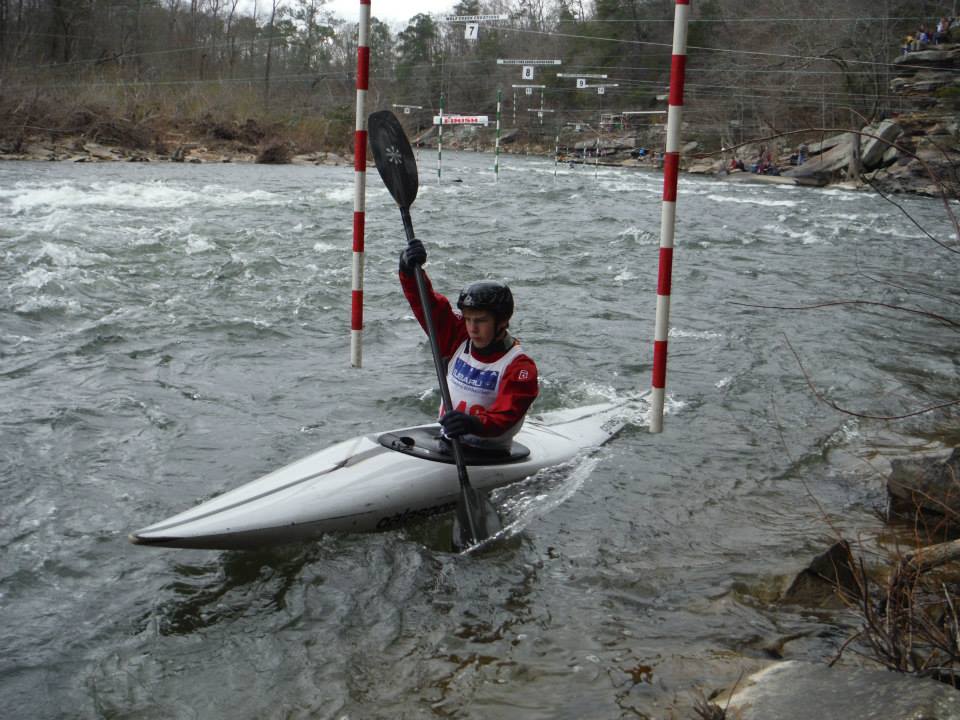